As if we aren’t bombarded daily with what is becoming an overwhelming narrative of endless environmental destruction, you get me harping on about some bird that no one gives a fuck about.

You can ignore me, that’s fine, but the governments of the day have been living in some perpetual and empty version of 1982, an alternate dimension where everything living in the wild is just endless grist to the mill in pursuit of owning a summer home or a new car. Loggers don’t need jobs this bad (or they’d be logging Stanley park) and we don’t actually need the power from all these projects at all, so what’s the point? Surely not just to blow 8 billion dollars (and climbing) to prove that you won?

Disagree? There still isn’t sewage treatment in greater Victoria, but a bunch of dimwits are collecting a pension or a salary on careers made out of debating sewage treatment. Look at the contaminated soil site in Shawnigan lake and the communities fight to stop it, when the company operating it is is being vociferously defended by the provincial liberal government while breaking the law and operating outside of the government’s own regulations. How about the gutting of the federal fisheries act, or the LNG, tanker, logged to oblivion, hydroelectric project guillotine cloud of threats that hangs over goddamn near every watershed on the whole coast of BC.

When you vote for a fuckwit (as the world has recently seen) you don’t get anything but a fuckwit who has power. What does a fuckwit with power do? Guess, or turn on the news. Christie Clark and the larger government she represents are fuckwits. Criminals from around the world are basically being courted to use our real estate system to openly launder money on a grand scale and the response is to do nothing. The amazing wild places in B.C. like the highly significant and unique Skeena river are being sacrificed to appease a company like Petronas who I think you can be assured are not going to look out for anything or anyone in this province. Why would you as a voter enable this? There isn’t even a strong economic argument to be made to build the site C dam, unless you count smoke and mirrors and the endless “job creation” sound bites that “journalists” seem to be gibbering on about every day.

Honestly forget the fuck about climate change for a moment and realize that there is a real threat to all the wild creatures and places we cherish disappearing long before the shifting climate brings death to the cold water salmonids of the west coast, or the caribou, or the Monarchs, or any other wild species.

Protecting habitat and biodiversity while maintaining an economy is possible when it isn’t about your team winning.

Please consider that when you go and vote.

Those birds are as important as these fish. 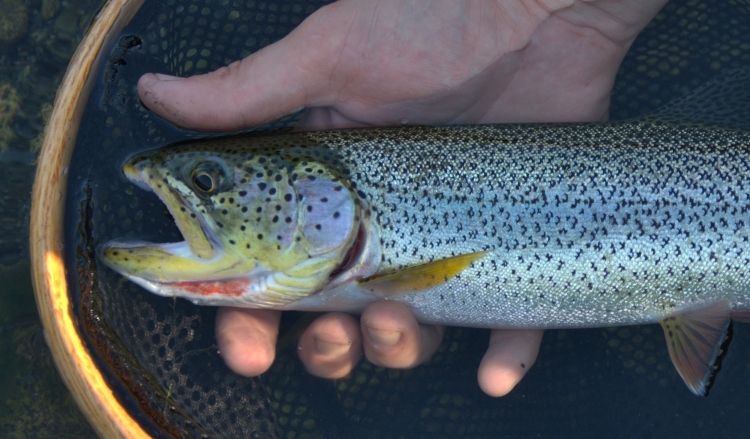